Performances of The Parson of Reigi are rare in Estonian history, requiring audiences to wait for decades between productions. The story underlying the piece, composed by such a mature and wise composer, is simple yet deeply multifaceted. In the end, it is the notion of human love, of this almighty universal aspect, that rings loudest in the piece.

The fire of passion is the terrestrial counterpart of hellfire, but it is the only thing worth living for here on earth. The Parson of Reigi is artistically the supreme expression of this uncompromising philosophy in Kallas’s work. In Estonian literature, love is given short shrift, and it’s seen more as a status – a future, present and past marital status – and not as an existential state. A small nation shouldn’t waste its energy on hesitations stemming from lust – this was the instruction from statesman Jaan Tõnisson. There are two classic literary figures whose forbidden love is a main literary theme. They are A. H. Tammsaare and A. Kallas. Both know that the measure of love is being ready to die for it.
Jaan Undusk
An Estonian story: Aino Kallas’s The Parson of Reigi, Eesti Päevaleht

The opera in two acts is set in the year 1642 in Hiiumaa in the Reigi Village and also in Tallinn. The main character is the parson of Reigi called Paavali Lempelius and his young wife Catharina, who falls in love with a deacon Jonas Kempe from Stockholm. There are rumours in the village that Kempe has been banished from Stockholm because he made the local parson’s wife fall in love with him using witchcraft. Kempe is once again accused of black magic, this time by Lempelius. The lovers escape, but they are caught and executed on the Tallinn City Square, found guilty of adultery.

Roman Baskin has discreetly added naturalness and psychological depth to the rather clear-cut characters (including the supporting roles) created by Tubin. On the one hand this way the main characters who are deserving of more attention are highlighted, but on the other hand a nice balance is maintained between them and the supporting characters. The troupe is characterised by its convincing and integrated ensemble performance. This turns out to be surprisingly important so that the inner force of the main characters (especially Zahharov) can find resonance both on stage and among the audience. This is an excellent example of how important it is to unite the troupe into a whole that breathes together and is motivated to achieve a common goal.

Jassi Zahharov was presented with the 2015 music award of the Estonian Theatre Union for his world-class vocal and stage performance as Paavali Lempelius in Tubin’s opera The Parson of Reigi. 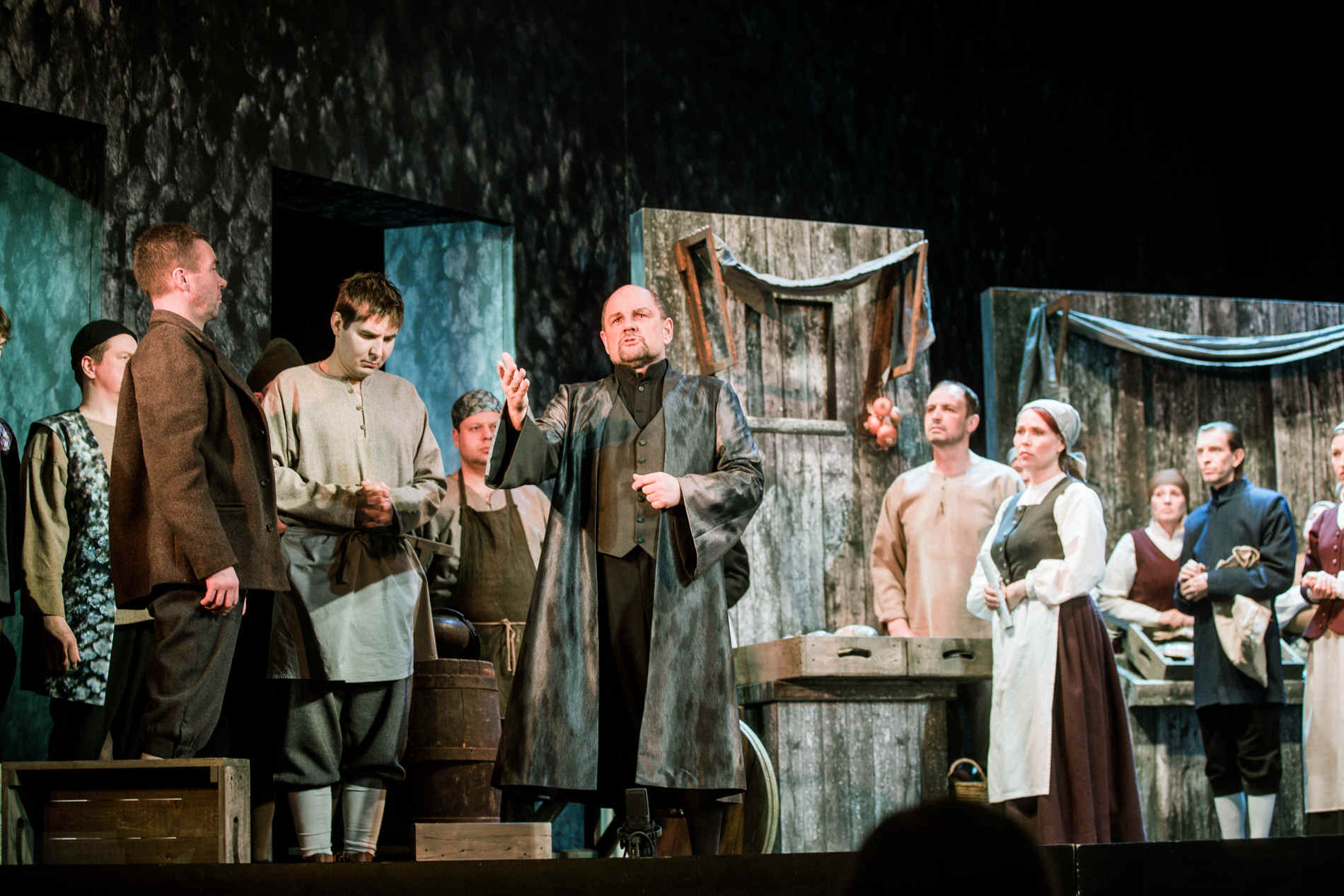 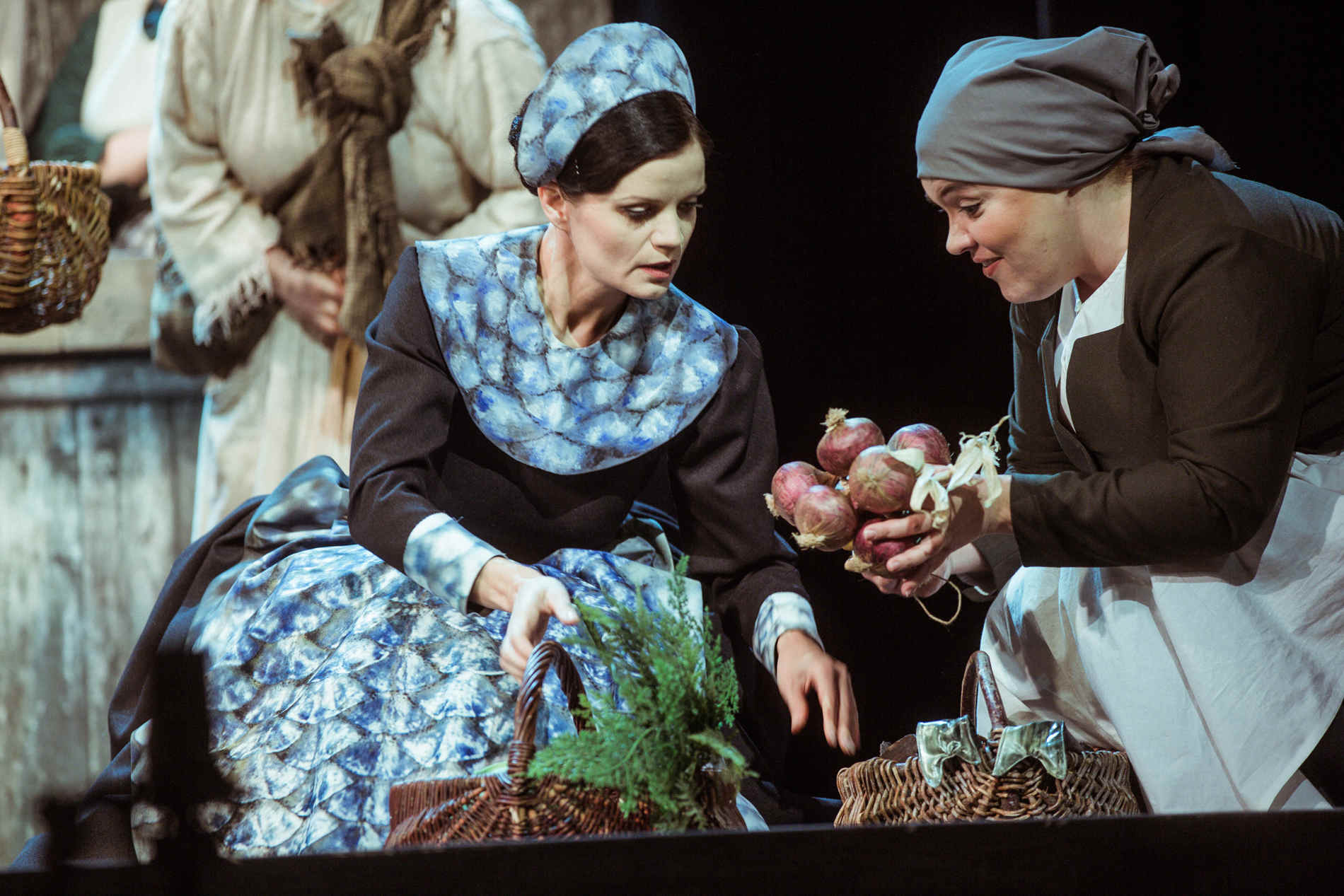 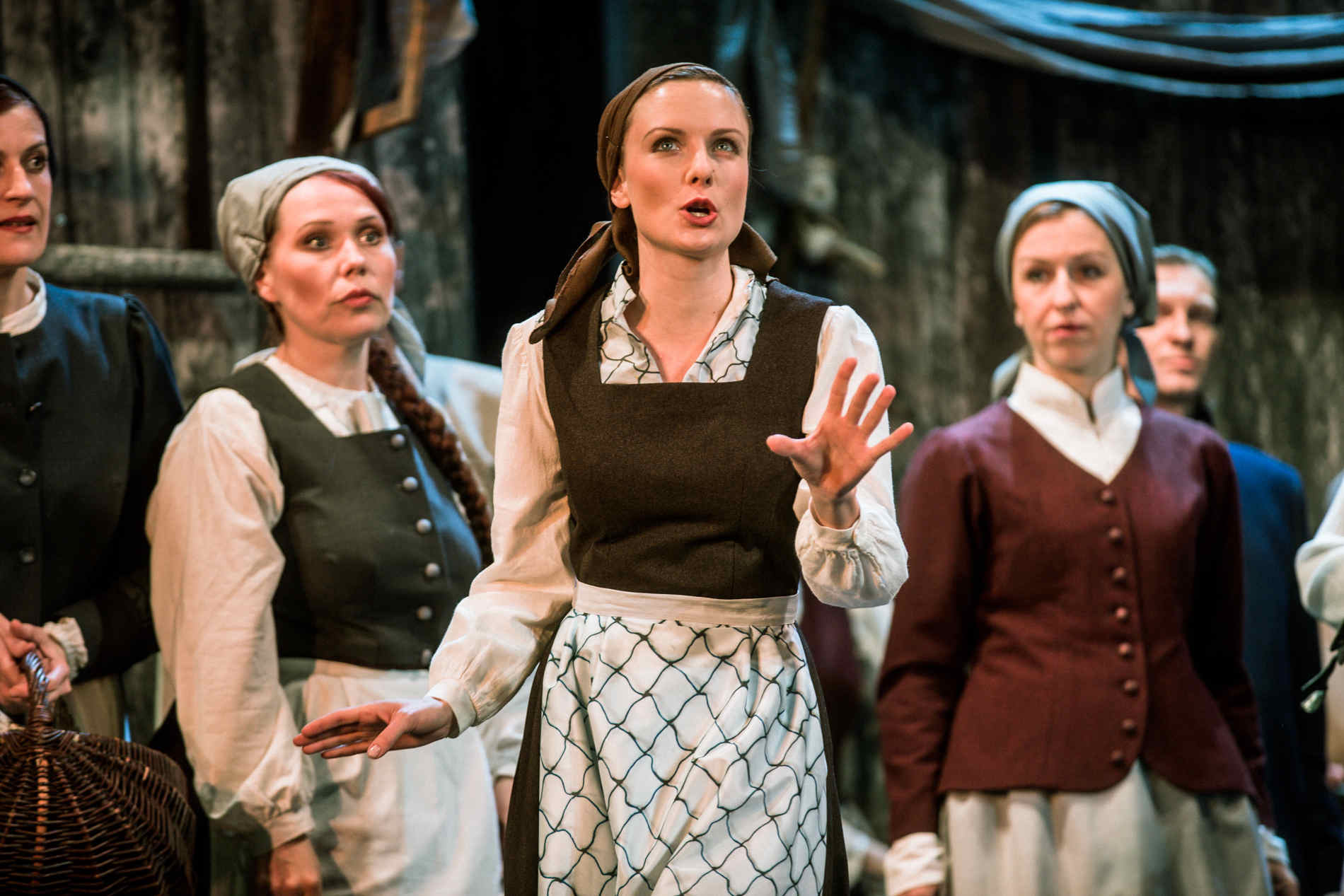 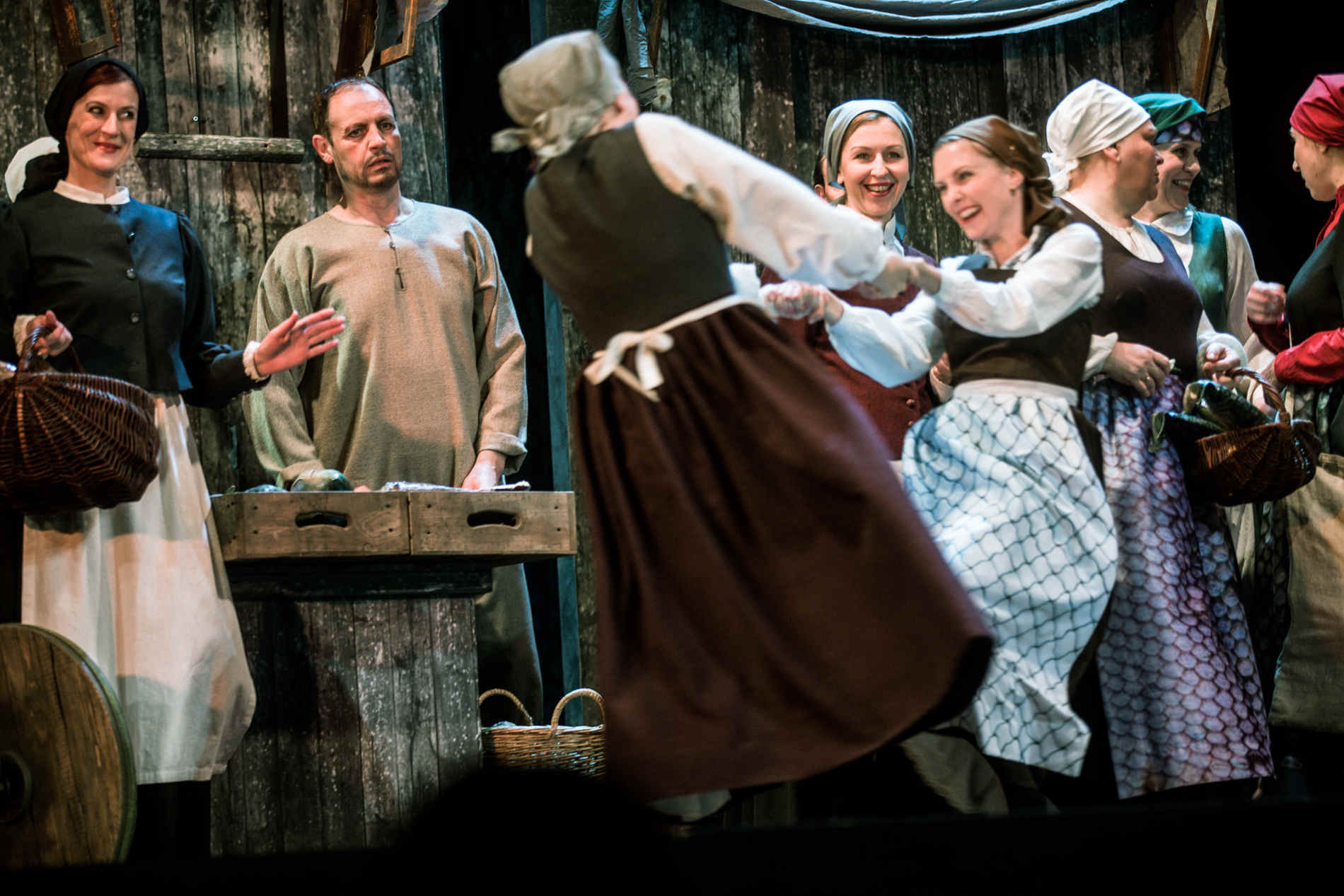 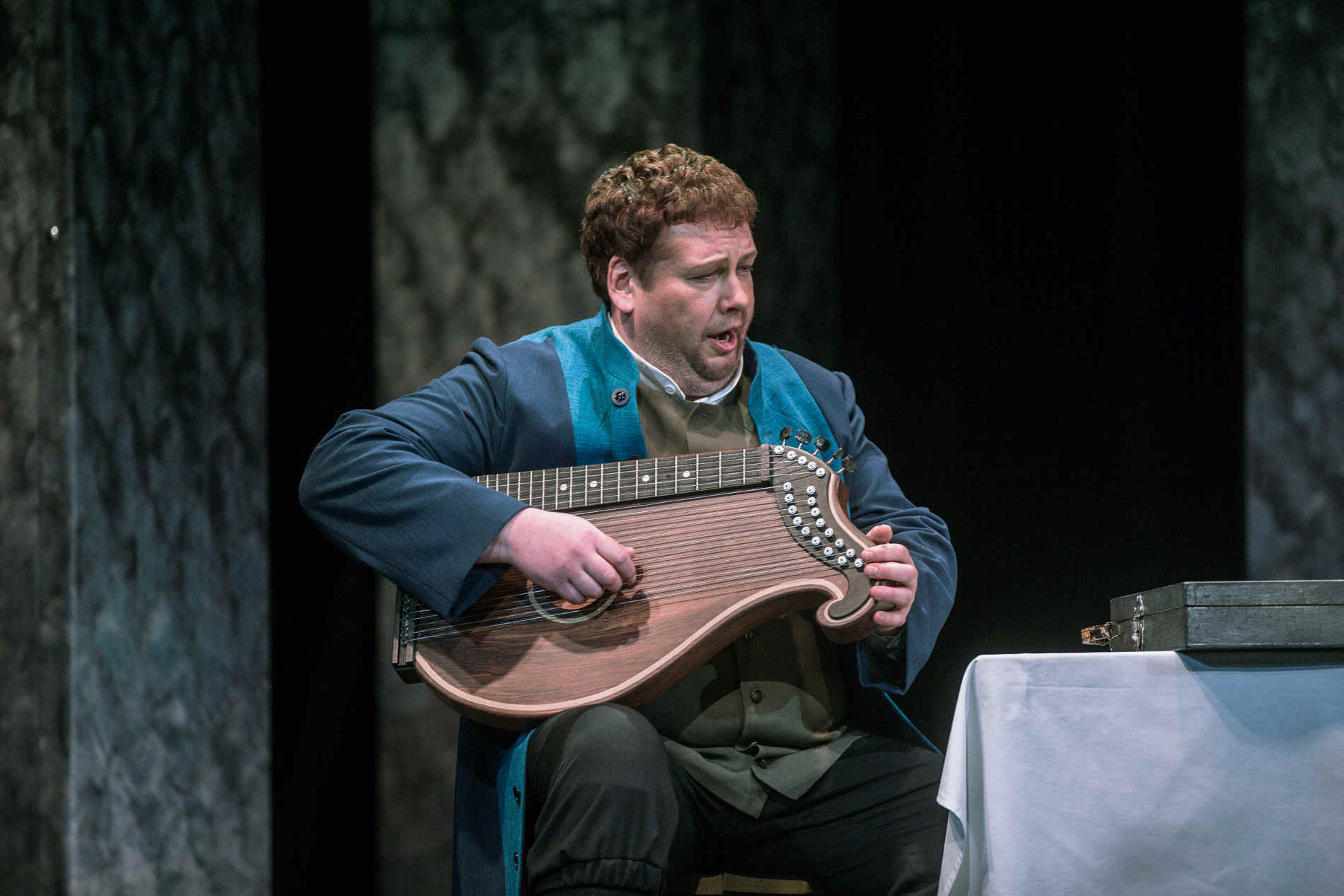 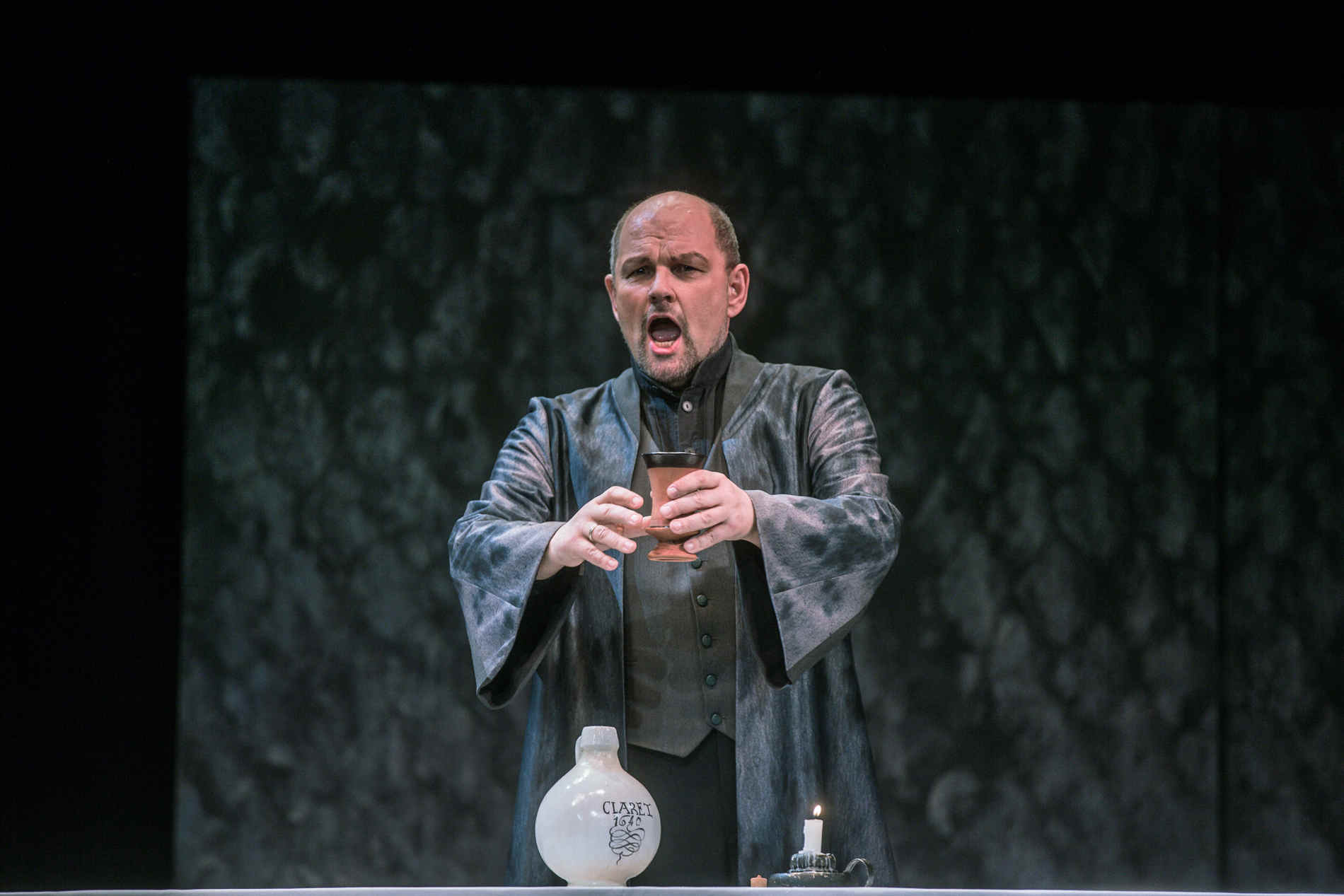 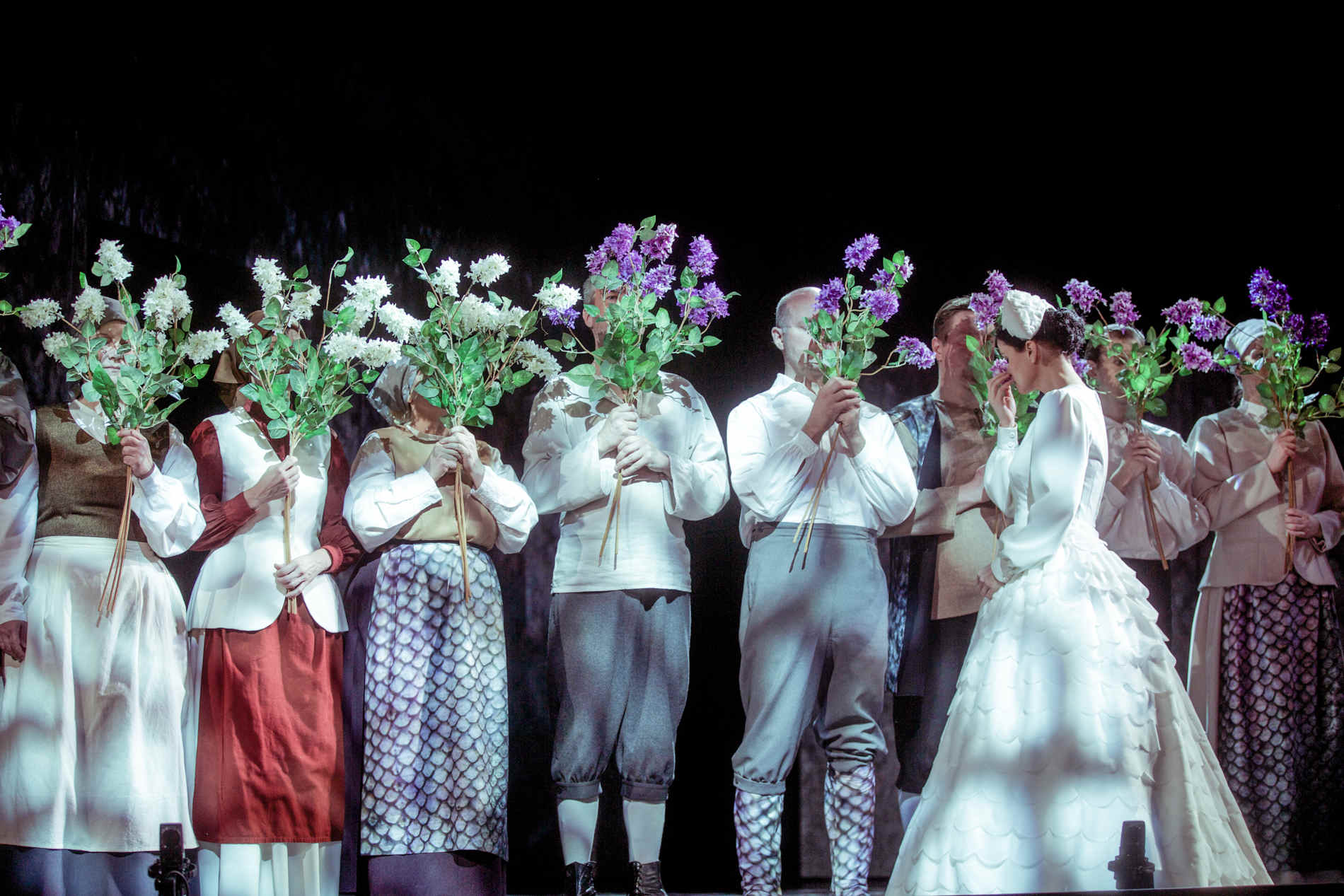 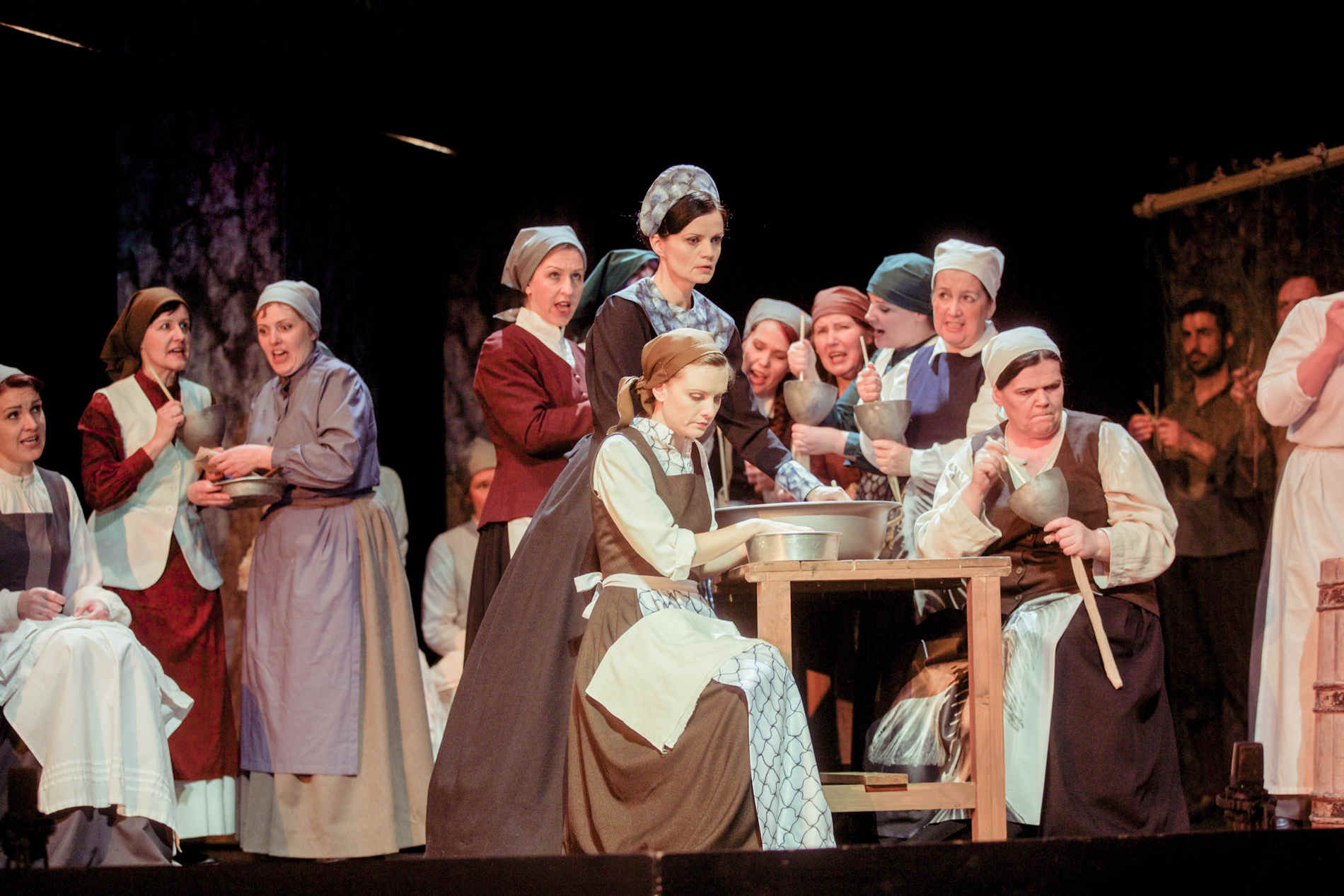 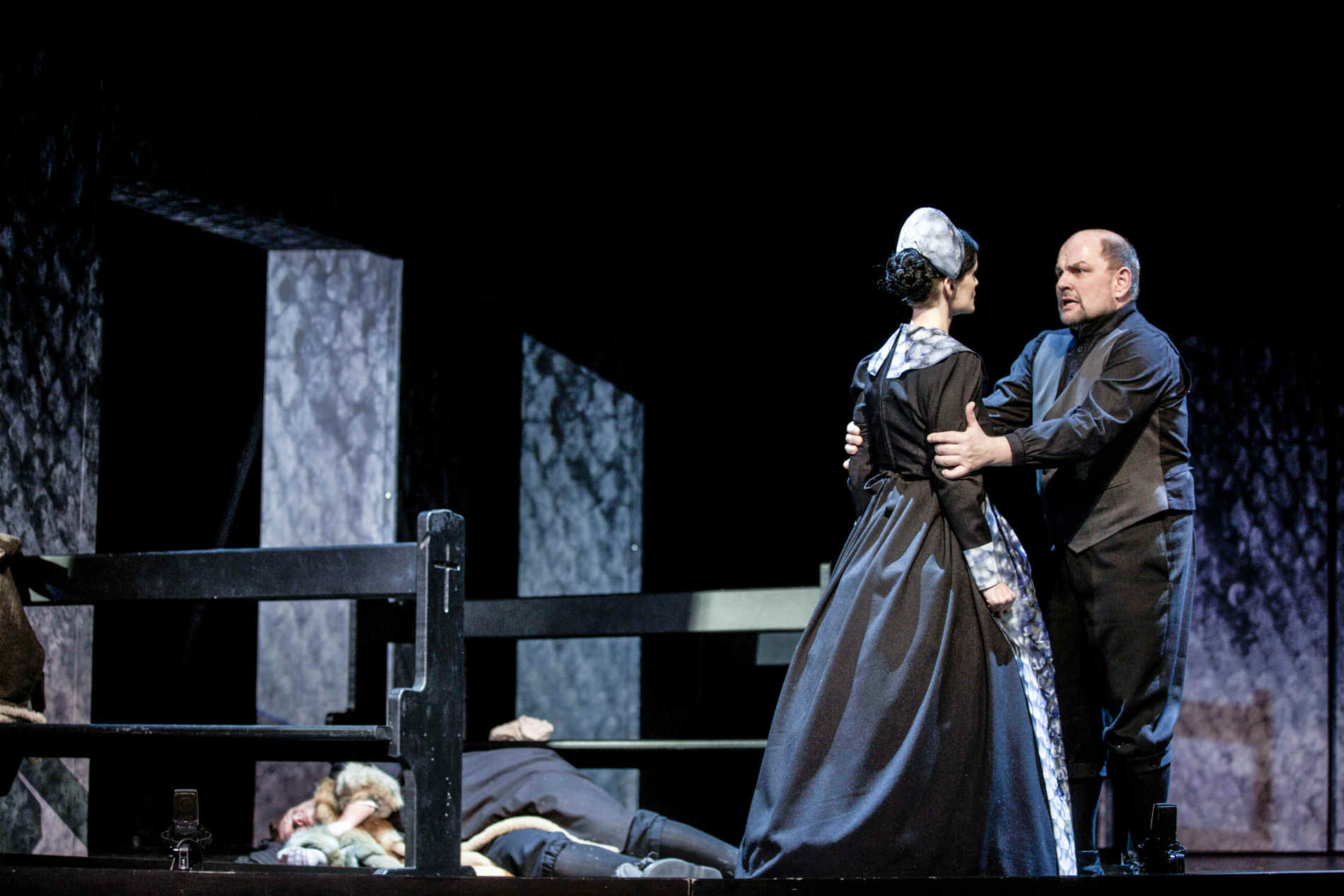 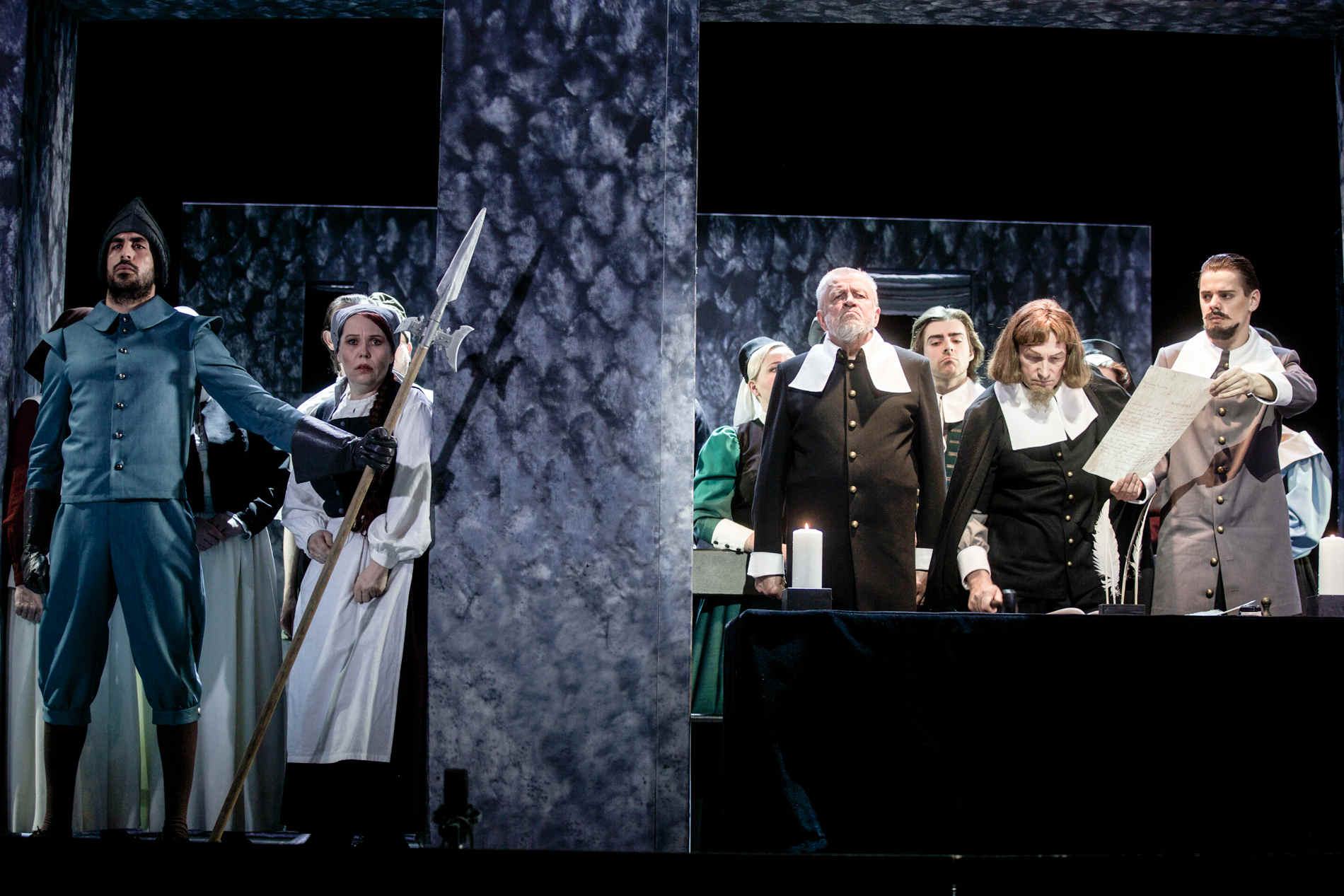 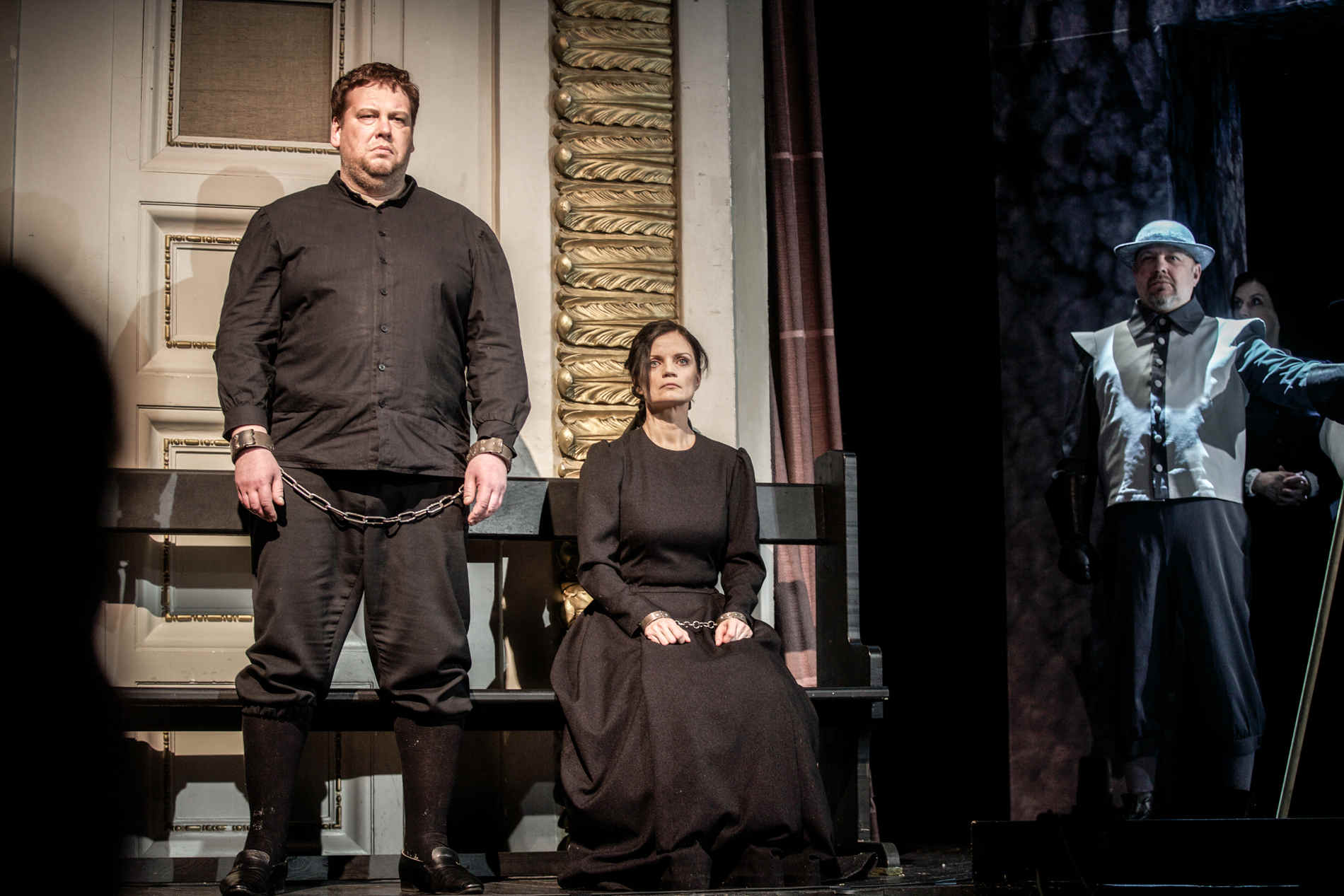 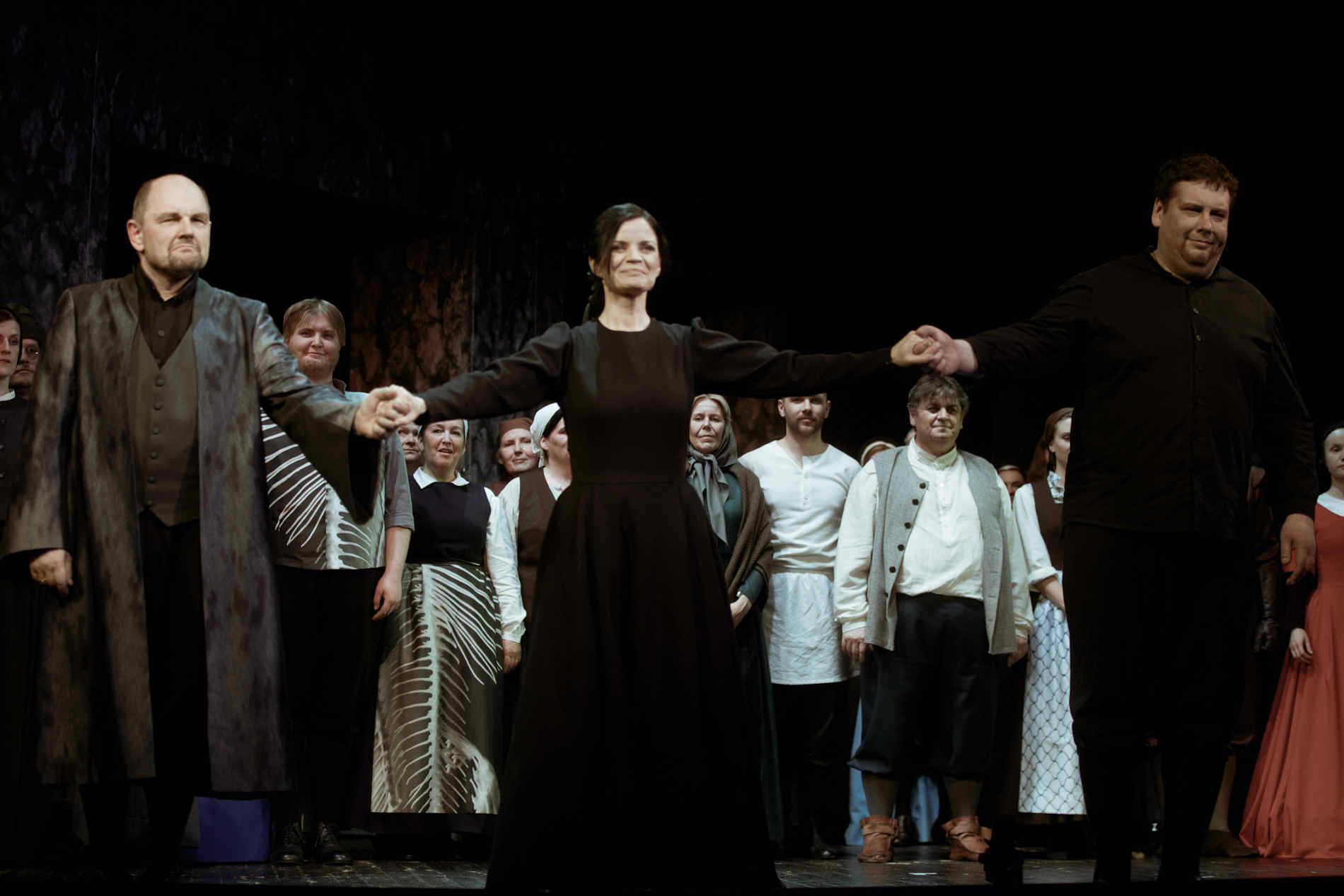