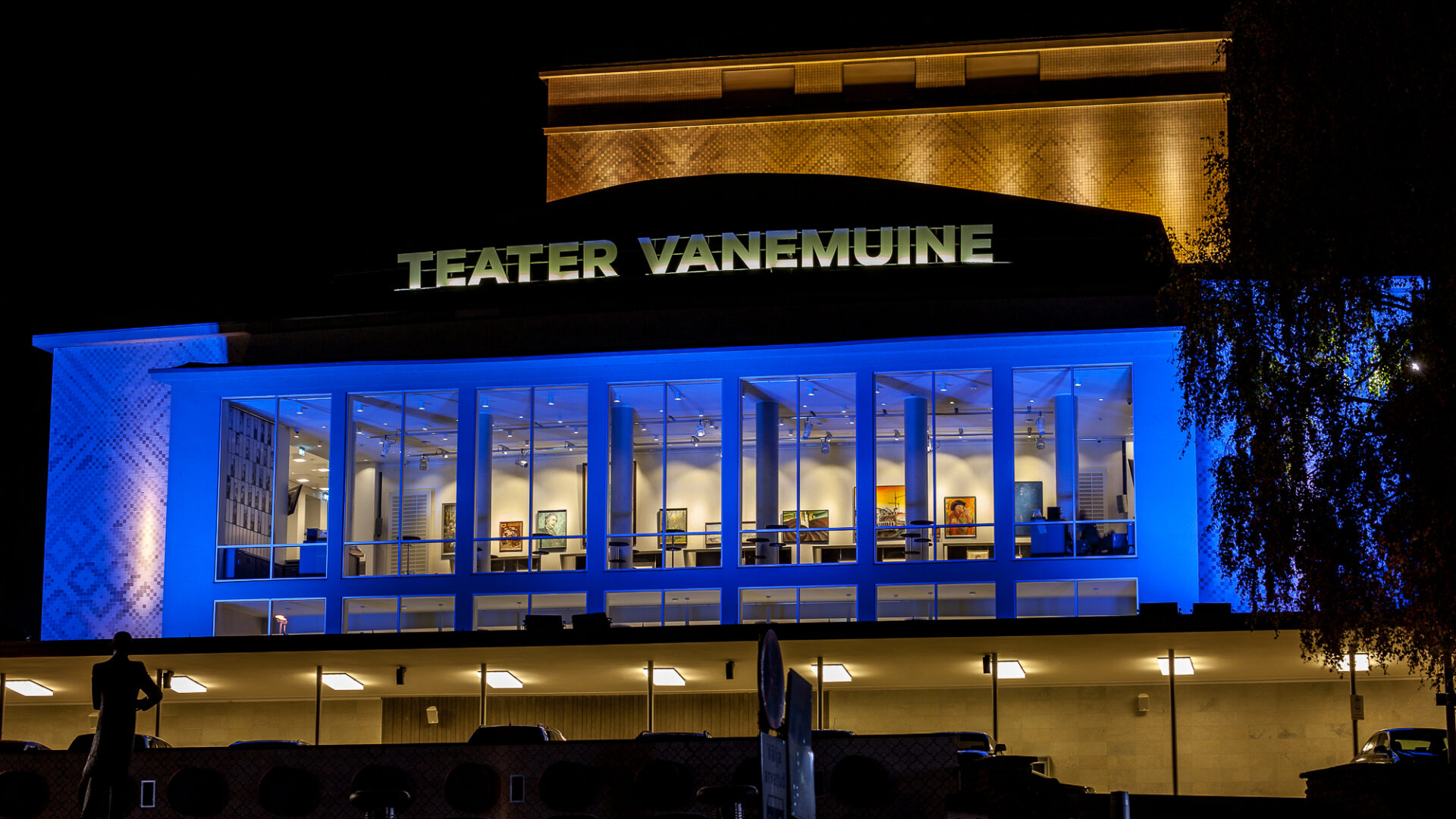 Review. „Firebird” and „Shahrazad”. A Brazilian plus Vanemuine equals a fresh blast of dance

Review. „Firebird” and „Shahrazad”. A Brazilian plus Vanemuine equals a fresh blast of dance

The evening with two short ballets is captivating and great to watch. The Vanemuine ballet is on fire.

Just the fact that a troupe is made to dance in a ballet performance in Estonia, rather than just let them stomp, gasp into boredom and take pauses that don’t hold, has been so extraordinary lately that it is worth the news. The two-part ballet evening, which has just premiered in Vanemuine, where the Brazilian director Ricardo Amarante has arranged Nikolai Rimsky-Korsakov’s “Shahrazad” and Igor Stravinsky’s “Firebird”, generously pours the audience over with bubbling energy and uninterrupted power of movement with a nail-biting pace that creates sincere feelings of pleasure.

Rimsky-Korsakov’s “Shahrazad” which is inspired by „One Thousand and One Nights”, is a harem folk tale, to put it short, in which, in the absence of the hosts, it becomes a major variety of bacchanal. In traditional productions, it is a storytelling ballet wrapped in 19th-century imagery, captured in elaborate pageantry.

Amarante in his vision has practically thrown it out. Although the plot remains, the choreography is, as the director even says, rebuilt in a neoclassical key. The culmination of Rimsky-Korsakov’s music erotica and lust is not reached with acting, but with an ever-faster and more and more electric movement, in which soloists and ballet choir members appear on the stage in all possible combinations, simultaneously and alternately, in the transmission of euphoria.

Anyone who has seen George Balanchine’s productions will find ample recognizable features in Amarante’s handwriting. The key is speed, variety and constant movement, which will not let the viewer’s attention subside. And no discount has been allowed to the Vanemuine troupe, everyone is made to dance from start to end, which the ballet troupe is trained for and goes along with visible pleasure.

Amarante presents the work of the other half of the evening, Stravinsky’s “Firebird”, with the same handwriting, but has been able to create its own meaning by placing the story of “Shahrazad” in contrast to the dystopia of the world of the future. In “Firebird”, the emphasis, in general, is on recognizing, resisting and escaping totalitarianism. Against the background of current events in the real world, this speaks volumes.

The weight of conveying the director’s idea during Saturday’s premiere of „Firebird“ fell on Vanemuine’s leading couple, Hayley Blackburn and Alain Divoux, who form one of the most capable ensembles on the Estonian ballet stage today. Blackburn’s particular lightness and precision, which fits so well with Amarante’s language of choreography, is a phenomenon that makes it an extremely dear experience to witness her stage presence.

The bar is playfully exceeded

In the title part of “Shahrazad” are Sayaka Nagahiro and the golden slave of her flame of love Gus Upchurch, whose youthful energy emphasized the credibility of the story. However, in both stories, the Vanemuine ballet troupe gets a lot of challenging stage time and exceeds the set high bar playfully.

And all this would not be possible without the high level of the Vanemuine Orchestra. Under the baton of Chief Conductor Risto Joost, the orchestra has been groomed into great shape that pleases the ear. The charm of both short ballets in the music, the preparedness and the professionalism of the orchestra can spoil the success of the whole evening and the good work of the music masters of the Emajõgi Theater was recognizable.

Director Ricardo Amarante has involved a compatriot artist Renê Salazar David to carry out his vision on the Vanemuine stage who has remained minimalistic in stage design and costumes, although in “Shahrazad” still with clear references to the roots of the ballet. However, “Firebird” is made effective by the “transformations” of future characters on an industrially empty stage with both costume effects and a moving-descending-ruffled pink-contrast “transformation machine”, which creates an eye-catching so-called red dot in the dance film effect pursued by the director.

With “Shahrazad” and “Firebird”, Vanemuine puts a cherry on top of one of the most successful seasons of recent years. In autumn, the evening of short ballets called “Metamorphoses” reached the stage in Tartu, the title of which is borrowed from Jevgeni Grib’s original short ballet. Both, his creation and Jack Traylen’s, a former member of the Vanemuine troupe, production „Nähtamatud küünised“ (Invisible Claws), offered a spectacle of contemporary dance. In addition to that, the Czech director Petr Zuska’s “Swan Lake”, also in autumn. In all of this, there has been momentum and joy in fundamentally showing flashing taillights to the Estonian National Opera, where the choices of this season’s new productions in the interpretation of the Baltic German elegy or the French kings have led to shrug shoulders.