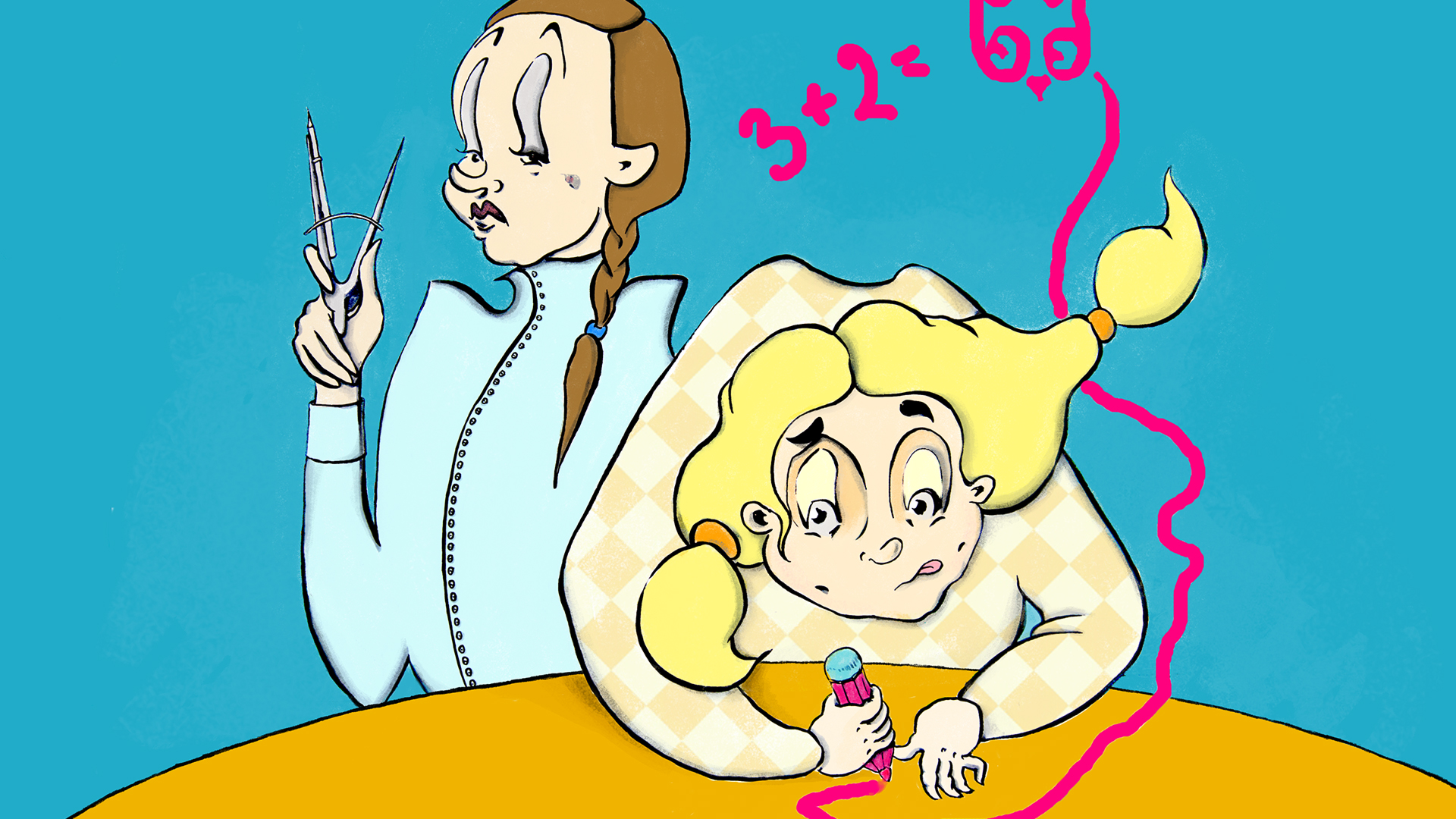 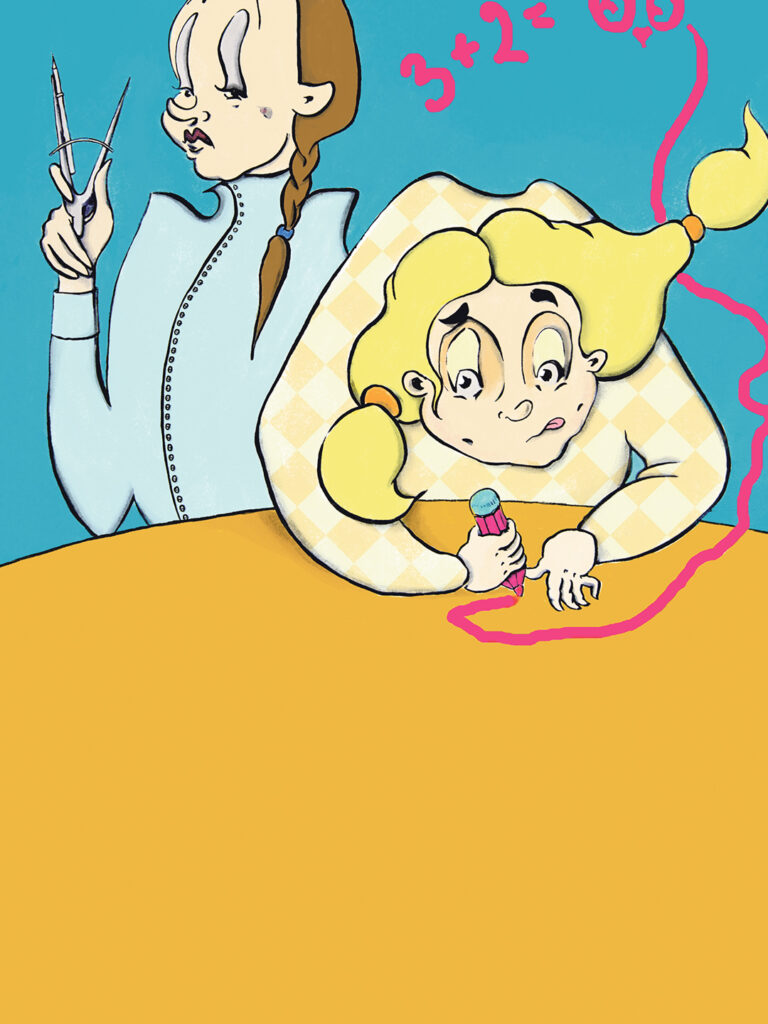 A story of two schoolchildren who learn to respect each other’s differences instead of competing. Viks is diligent. Koba is inept. Viks is sharp as a tack. It takes Koba a while to catch on. Viks knows how things should be. Koba on the other hand sees the humour in things.

Today’s math test turns into an adventure where the assignments on the pages come to life and the numbers become characters. Viks and Koba face math problems that require a dash of one’s brains and the other’s creativity.

The story is told in the vein of physical comedy and the theatre of objects.