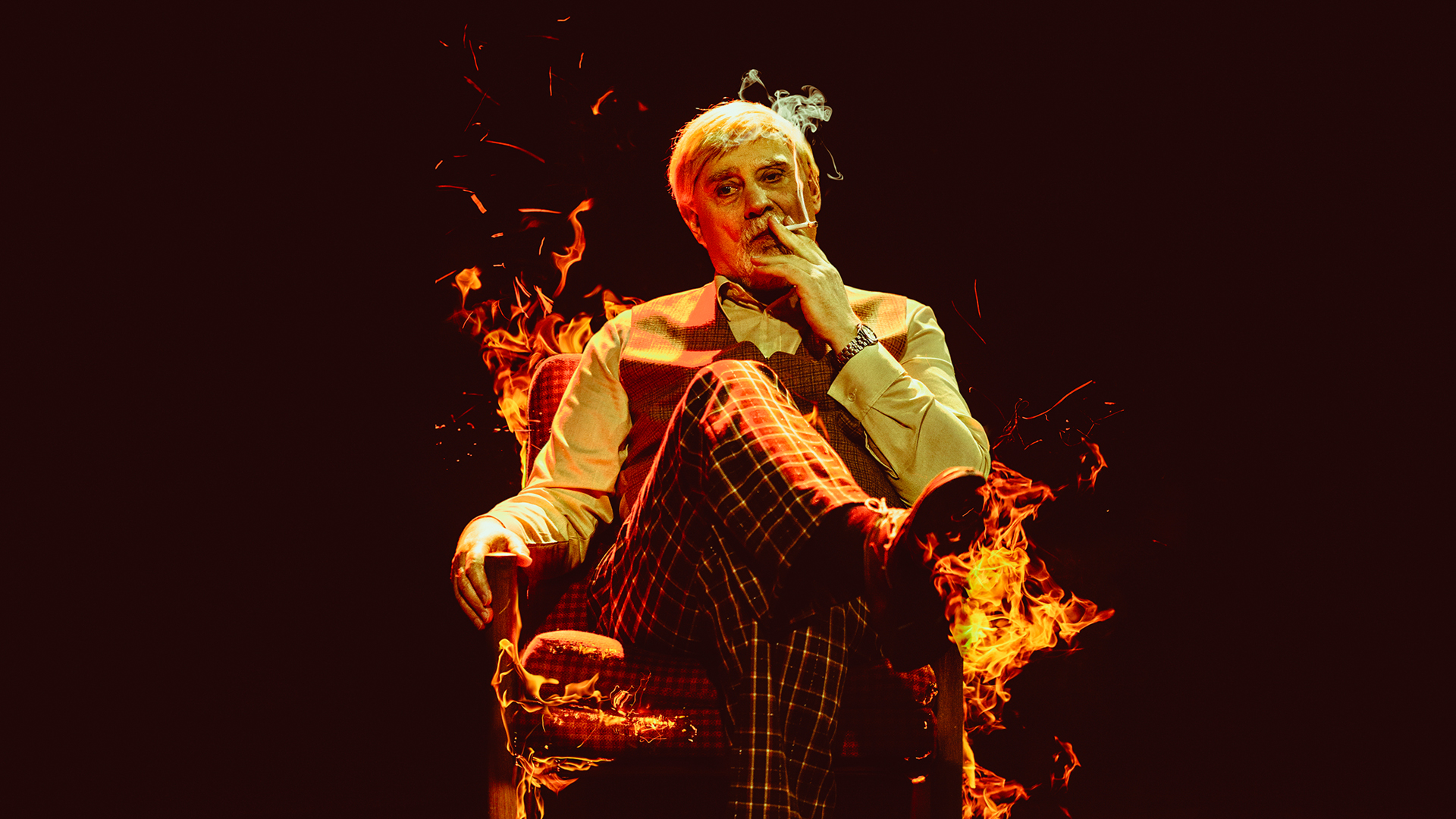 This black comedy takes place in a pleasant and tidy small town that has recently been the scene of mysterious acts of terror. One evening, two men knock on the door of one of the inhabitants of the town, Gottlieb Biedermann, introduce themselves as travelling salesmen and ask for a place to pass the night. It isn’t long before they have settled in the attic with the permission and assistance of the homeowner …

In this play, we witness a gullible person being skilfully manipulated, a person who is given all kinds of clues about the truth, but who insists on continuing to be deceived. It’s a story of all everyone who refuses to accept the truth even when it is plain as day, and hides their head in the sand hoping to avoid facing the music.

Although the play was written in 1958, this absurd-tinged political parable is also a work for our own time.

Premiere 5 May 2018 at the Harbour Theatre