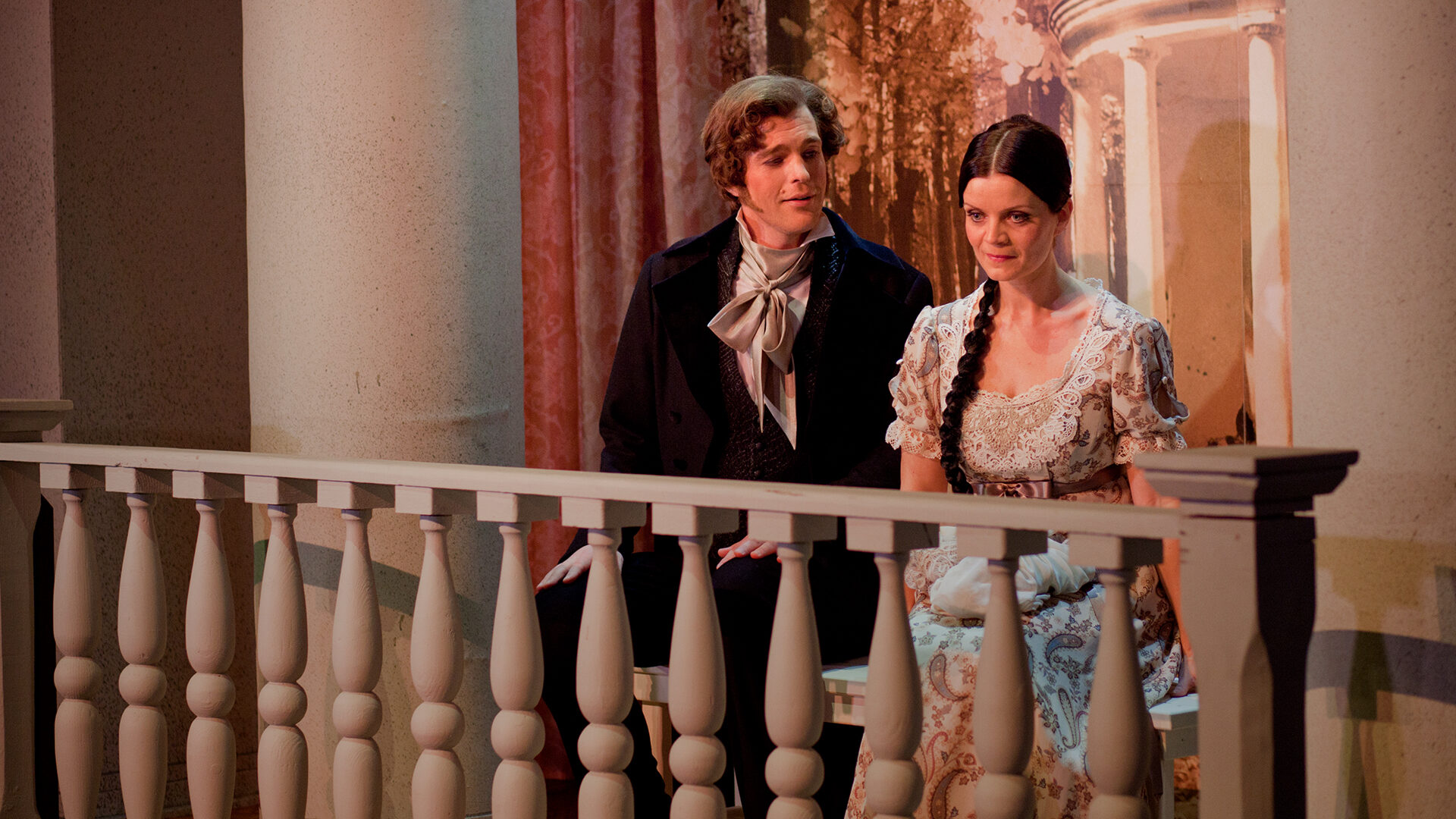 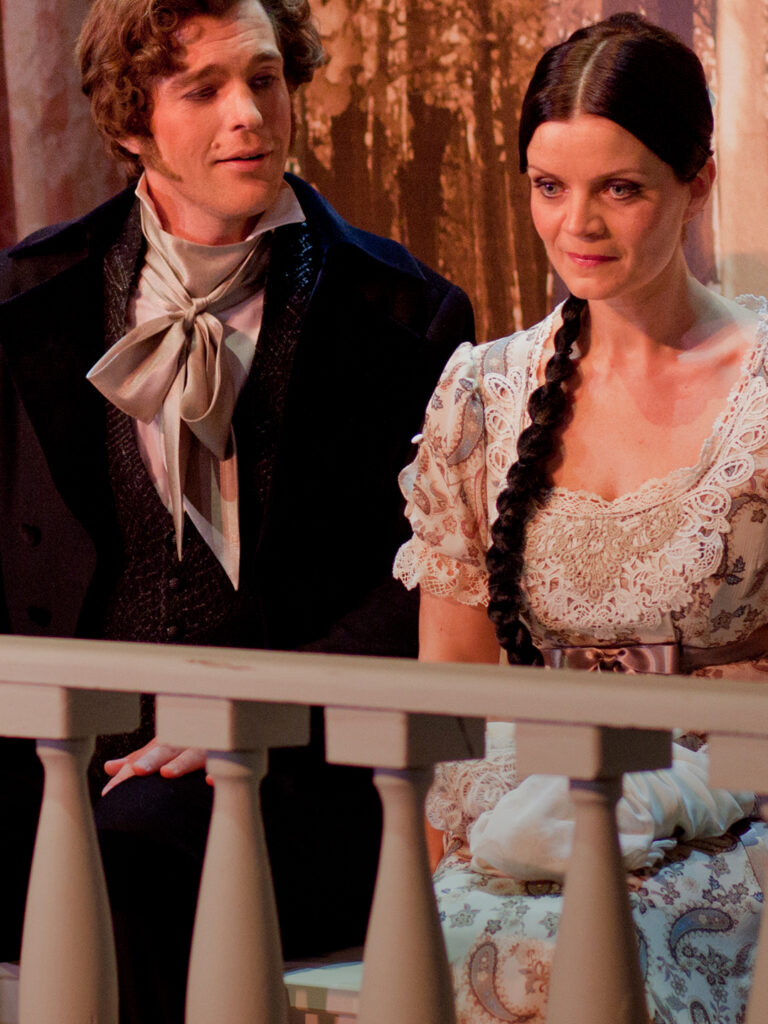 A version of Konstantin Stanislavsky’s production from 1922

This opera, based on the verse novel of the same name by Aleksandr Pushkin, is unquestionably one of the true masterpieces of Russian opera.

The dreamy but modest Tatyana falls in love with Onegin, who is busy burning the candle at both ends. Onegin responds to the young woman’s feelings with arrogance. They meet years later and Onegin sees the young woman anew…This melancholic, yearning and passionate opera is brimming with love and is filled with beautiful flowing melodies, enjoyable choral pieces and gripping dance music.

“First of all, for the first time in many years I have come across a production in the world of opera which holds an extremely important factor in esteem – the unconscious – that has time and again brought about events with unpredictable consequences for the well-being of people. Panso expressed his thoughts on this in the same article as follows: “What use is theatre if it does not inflict “the most subtle feelings hidden deep inside”; if we, instead of the undercurrent, put up with the flicker on the surface that lacks “inspirational moments during which adjustments are made subconsciously, springing from the inside and blinding the audience with their glow? And secondly, the production as a whole is in a pure style – the musical material has maintained its naturalness, the author’s remarks are almost always taken into account to the smallest detail and the visual appearance of the stage – starting with the costumes and ending with the most laconic pictorial format (which does, however, support the atmosphere) – takes us back to the time of Pushkin. /…/ The production of Eugene Onegin at the Vanemuine deserves to be recorded for the Mezzo channel – just so a valuable production can be seen by a wider audience!”

– Tiiu Levald in the newspaper Sirp

The Estonian Theatre Union’s 2014 award for a music production for the production team, orchestra and troupe of the Vanemuine for the enjoyable production of the opera Eugene Onegin by Pyotr Tchaikovsky

In Russian with Estonian and English surtitles 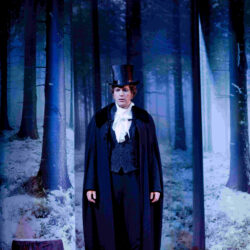 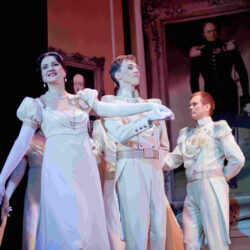 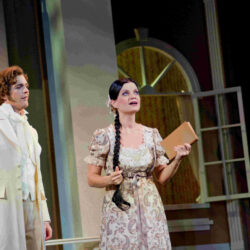 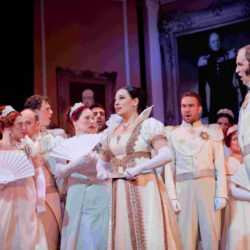 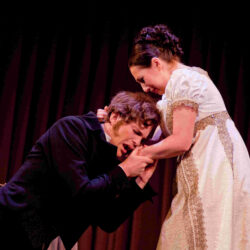 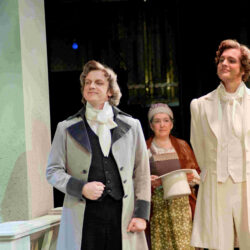 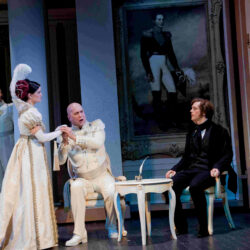 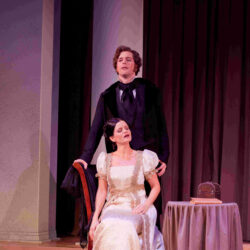 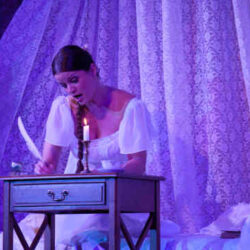